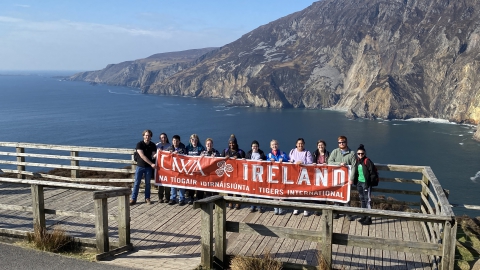 Before graduating from the University of West Alabama, Emma Ryan pined for an opportunity to study abroad. But there were caveats. She was a senior. She didn’t want to spend a semester overseas. Or an entire year, for that matter.

Those factors made this spring’s UWA in Ireland program perfect for Ryan, who is scheduled to graduate in May with a bachelor’s degree in biology and a minor in English. For eight days, Ryan joined eleven other students and two faculty members on an academic exploration of several of the Republic of Ireland’s rural northern counties, gained in-depth knowledge of the island’s history and culture, and enjoyed the Irish’s culinary delights.

Ryan, from Tuscaloosa, couldn’t be more pleased with the experience.

“Not only does it offer exposure to these other international places that we’re going to,” she said, “when we went there, they had pictures or signs of previous groups that have gone. And it was cool to see a tiny university from west Alabama across the sea.”

The short-term, faculty-led UWA in Ireland program began in 2018 as a cost-effective way to broaden the university’s global reach and create a study-abroad option that featured neither language barriers nor exorbitant costs for students because of the compressed schedule, Riser said.

That first trip was a success. But the Covid-19 pandemic soon intervened.

The second trip, scheduled for 2020, didn’t happen. Rescheduled for 2021, it was abruptly delayed when Irish authorities reinstalled travel restrictions last November. It wasn’t until this spring that reduced Covid-19 cases and loosened restrictions allowed the UWA party to board a flight for Europe and meet the trip’s host organization, the Institute of Study Abroad Ireland, based in Bundoran, County Donegal.

“By the time we got there, it had already been canceled on (these students) twice,” Riser said. “So the host group went to great lengths to spoil them more than students normally would be in terms of how much they packed into a program, in terms of what they were feeding them at night.

“The original idea of why we're going there in the first place is because we were impressed by the pricing structure as much as we were the content. We try to deliver a great deal of bang for the buck.”

Ireland’s tourism value is undeniable, but that content is critical, Riser said, because it solidifies the experience as academic. The program is offered as an interdisciplinary study that includes history, literature and archeology. (A fourth complement, communications, is being added for 2023.) Riser works with the program’s hosts to develop the itinerary and include site visits and classroom guidance that fulfill UWA’s academic requirements.

For UWA student Jacob Dial, a junior from Sumterville, the program was a twinned experience. His family lineage is steeped in Irish ancestry, he said, and dates to the times of the High Kings of Ireland. As an English major, he particularly enjoyed visiting the gravesite of celebrated poet William Butler Yeats at Drumcliff Cemetery in County Sligo.

“My expectations of Ireland were completely changed when I got over there,” Dial said. “I never thought that the Irish would be so fond of American culture. In fact, as we found out, the Irish love country music. ‘Sweet Home Alabama’ is one of the most popular songs in Ireland.”

For Ryan, countryside excursions allowed her to view Ireland through the eyes of a future biologist. But the program's academic range codified the trip’s core element.

“It's not really a goof-off, all-fun trip. It's scheduled,” she said. “You go to historic sites, you learn a lot about culture, language, history. You learn about modern-day things like civil rights, women's rights, politics. I was really surprised just by the amount that I learned.”

“By visiting other countries, exploring other cultures, you gain a greater sense of our world and you also gain a new perspective on yourself. You're able to learn new things about yourself in a way that you're never able to do beforehand.”

From the director’s perspective, Riser sees the program as an introduction to history, literature and archeology that’s “done in a comparative context where you're comparing the development of what becomes the United States with the development of the island of Ireland.” The program is open to any student enrolled at UWA but specifically targets freshmen and sophomores who may be persuaded to participate in one of the university’s semester-long programs elsewhere around the globe, he said. Flexibility in how the program is credited to students’ academic records is another plus.

“If you are a student who's not in the College of Liberal Arts, in practical terms what's going to happen is you can take this and we let you substitute it as one of your general education electives,” he said. “So a student that isn’t a history major is going to take it as a history class, but say a science major could take it and it could replace one of their U.S. history electives.”

The opportunity for students to absorb nations far removed from Sumter County and the U.S. South is irreplaceable, Dial said.

“By visiting other countries, exploring other cultures, you gain a greater sense of our world and you also gain a new perspective on yourself,” he said. “You're able to learn new things about yourself in a way that you're never able to do beforehand.” 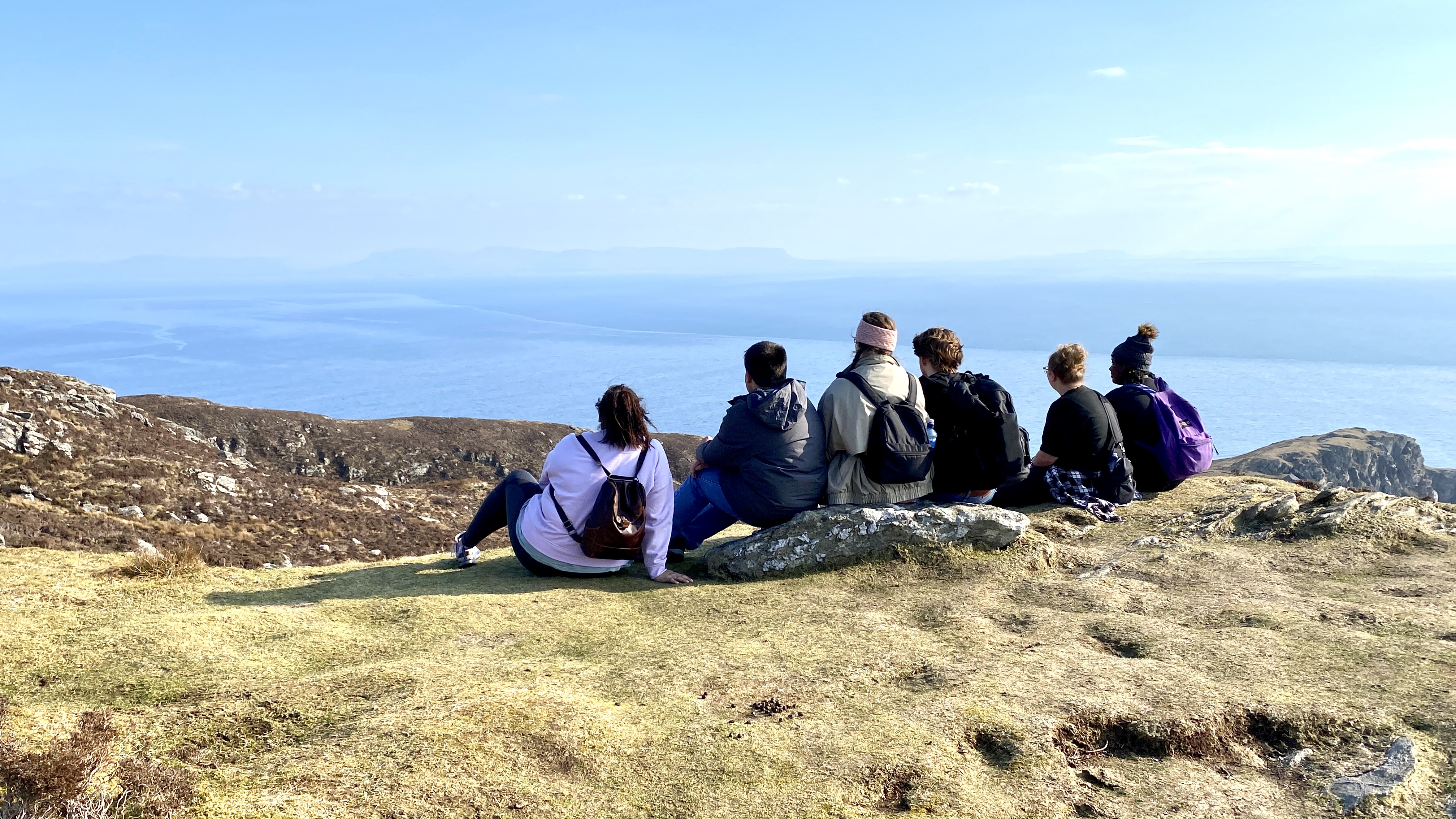 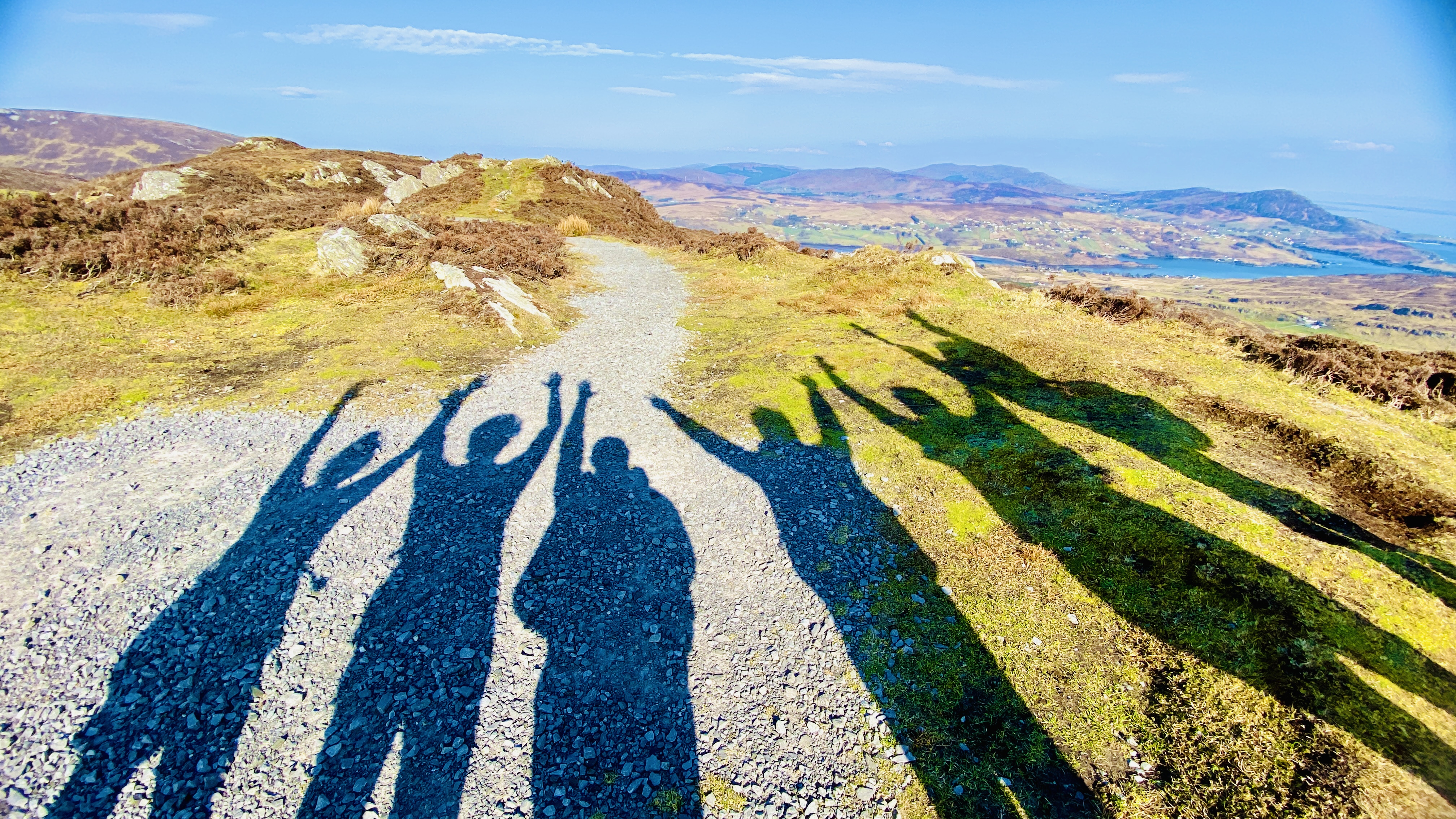 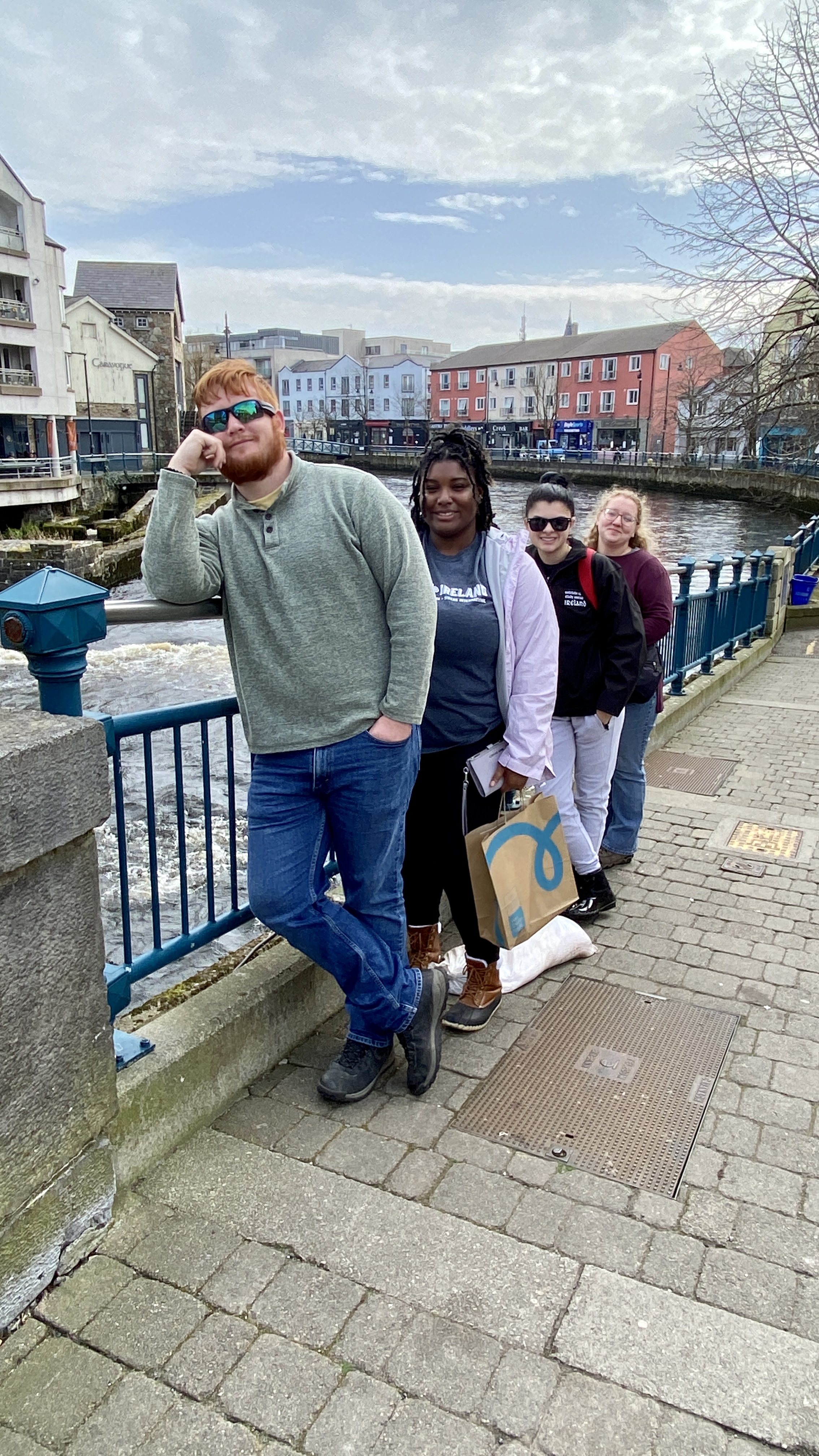 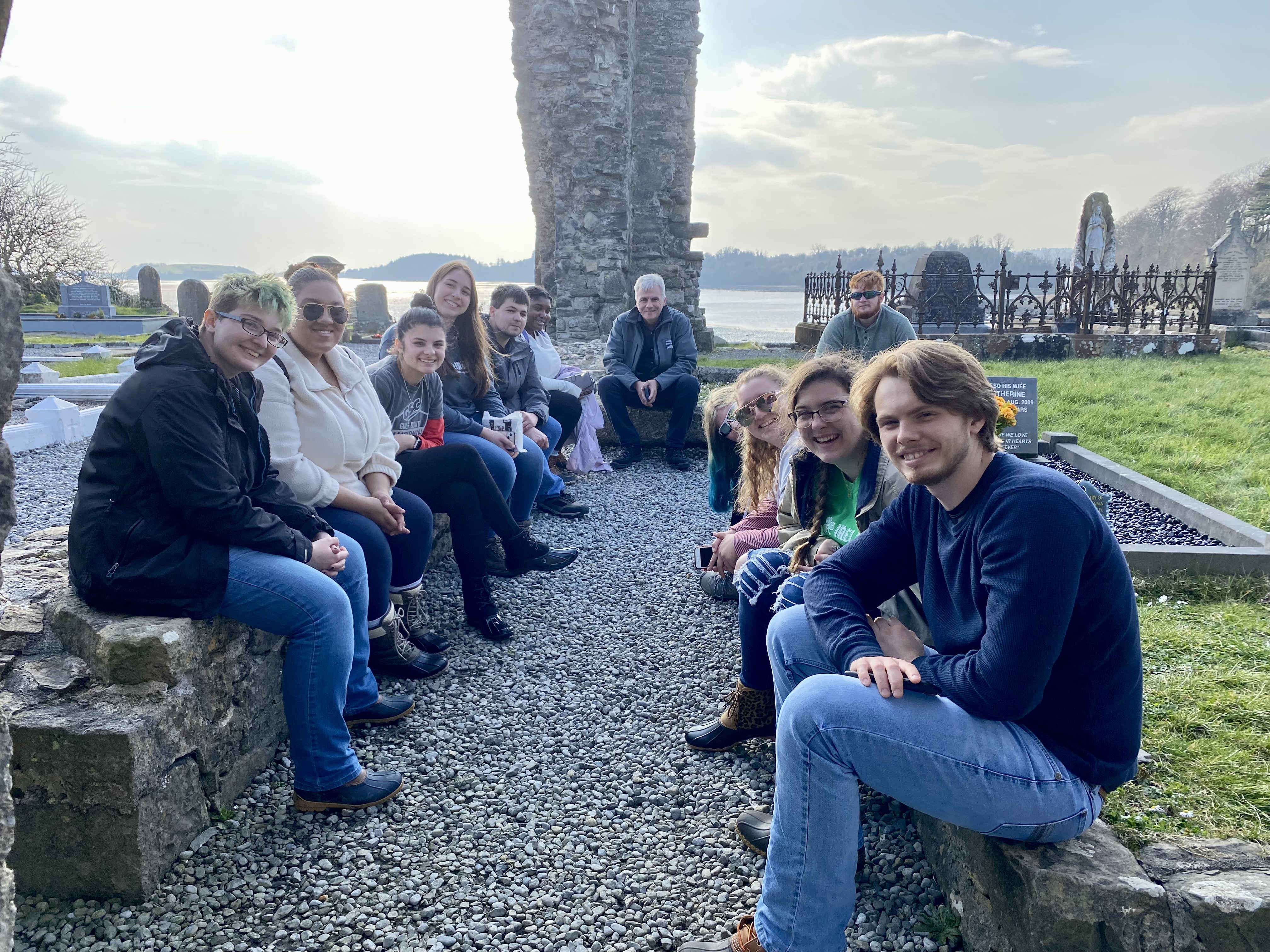 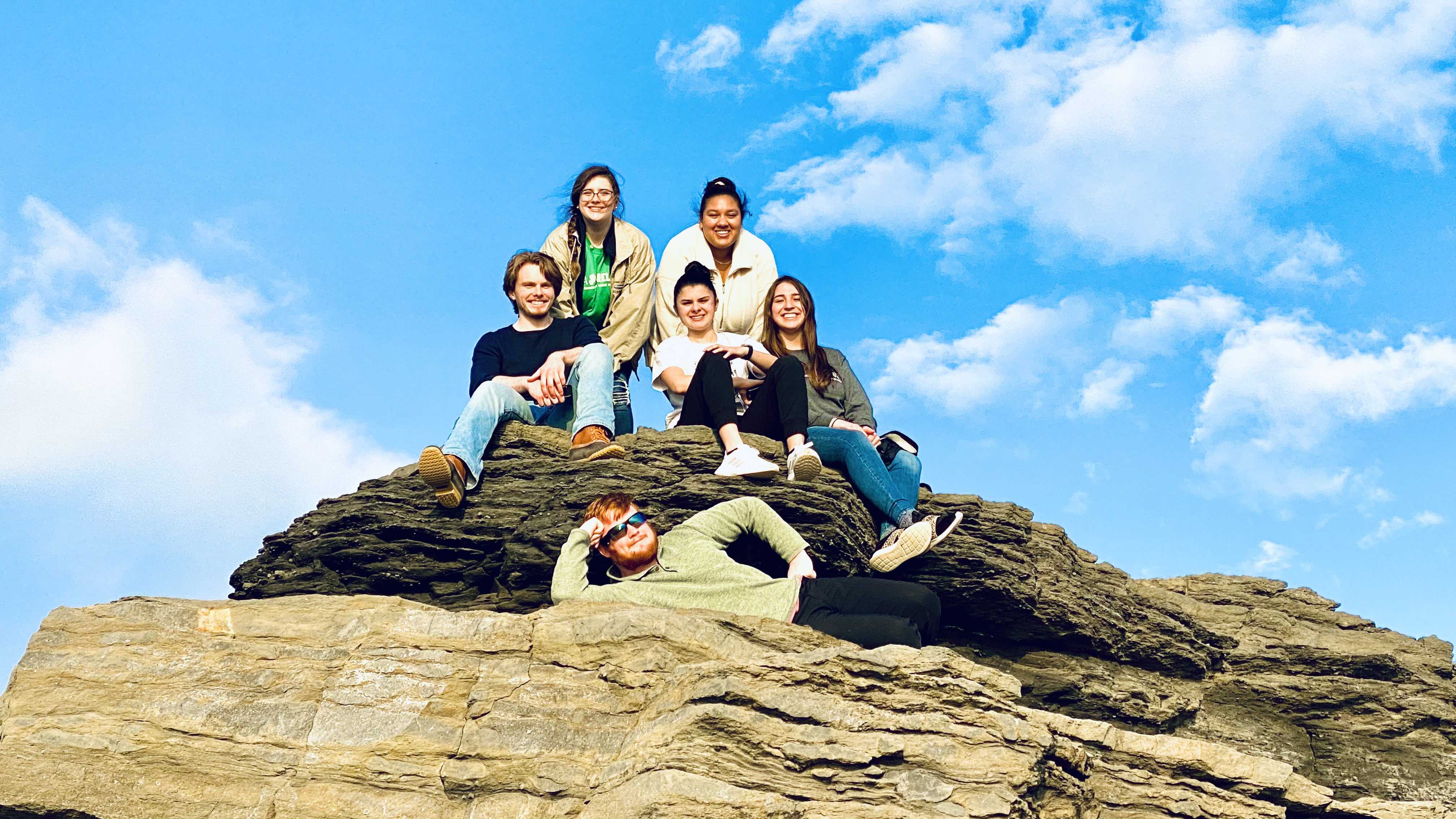