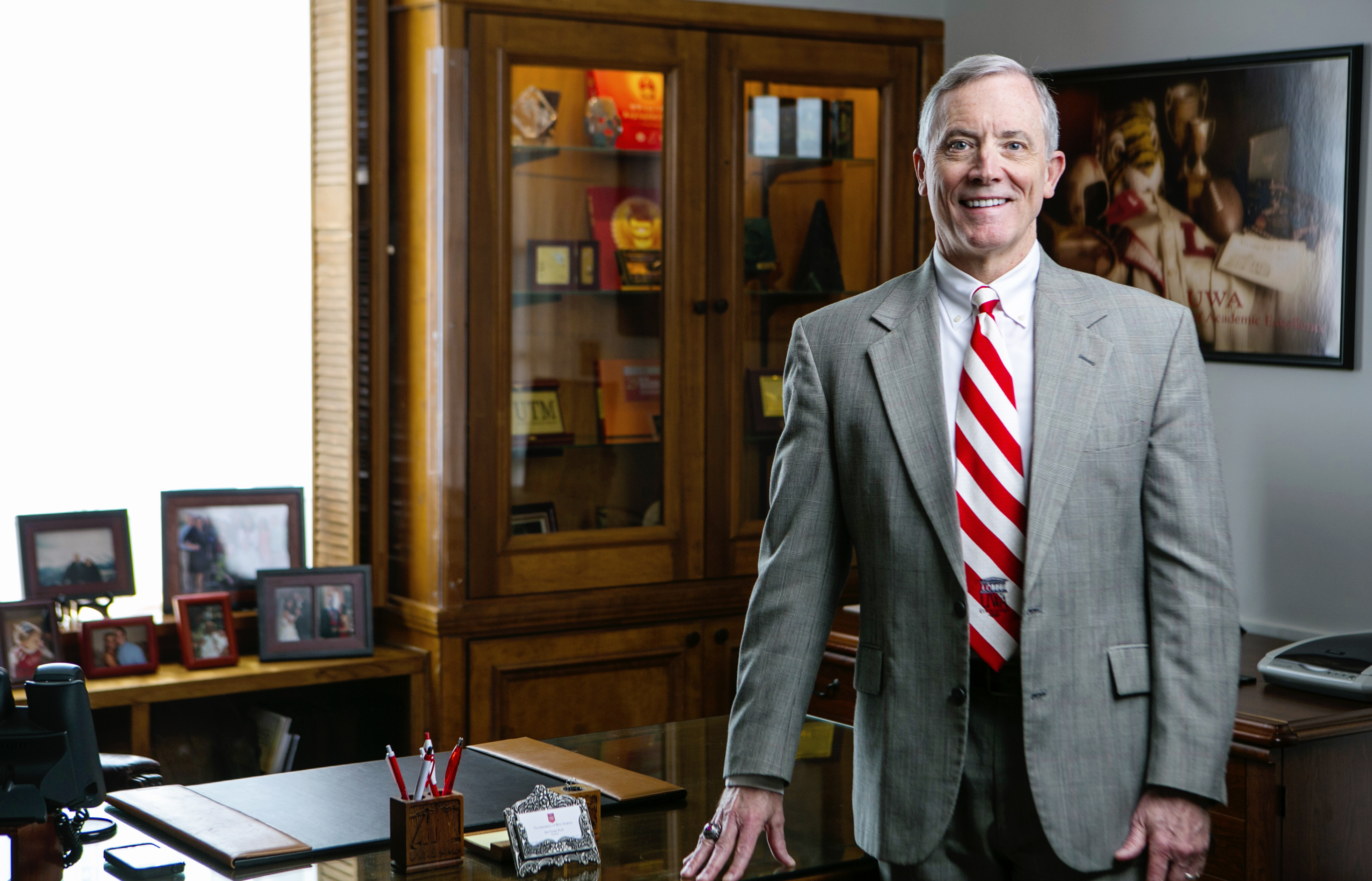 Dr. Ken Tucker, a native of Linden and long-time resident of Demopolis before moving to campus, holds B.A. and Ph.D. degrees from the University of Alabama and an MBA degree from the University of Alabama at Birmingham. He became the twelfth president of the University of West Alabama on January 1, 2015. Previously, he served as dean of UWA’s College of Business and Technology and as Professor of Management. Tucker has also served as Chairperson of the UWA Foundation's Board of Directors. During his previous tenure at then Livingston University, he was President of the Faculty Senate and received the Outstanding Business Faculty Award.

Tucker was recently elected to serve as Chairperson for the Alabama Council of College and University Presidents. He also serves on the Board of Directors of the NCAA Gulf South Conference, Higher Education Partnership, Alabama Small Business Development Consortium, Alabama Public Safety Leadership Academy, and AGS/STARS. Additionally, Tucker serves as a SACSCOC reaffirmation site evaluator.

Tucker is an active participant on the Alabama Regional Workforce Development Council, Black Belt Commission, and Board of Directors for the Alabama Council on Economic Education and Alabama Communities of Excellence, where he also served as President. He is also a member of ODK, Kappa Delta Pi, Delta Sigma Pi, Blue Key, Delta Mu Delta, Phi Kappa Phi, and a number of national and international Who’s Who publications for Executives and Professionals. Tucker serves on the Global Education Committee of the Accreditation Council for Business Schools and Programs, for which he also serves as a site evaluator for colleges and universities seeking accreditation.

Among Dr. Tucker’s honors are the William Gilbert Award for Excellence in Teaching awarded by UWA (then Livingston University) and the statewide award for Teaching Excellence and Professional Contributions given by the Alabama Association for Higher Education in Business. He is a Rotary Club Paul Harris Fellow and was named Citizen of the Year by the Demopolis Chamber of Commerce. He also has served as Chairperson of the Marengo County Commission and has received the Excellence in County Government Award from the Alabama Association of County Commissioners twice.

President Tucker is married to Mary Murray Tucker and is the father of four married daughters: Allison, Kimberly, and twins, Lara and Rachel, and grandfather to Maggie, Leah, and Taylor. He enjoys lifting weights, running, and socializing with family and friends.