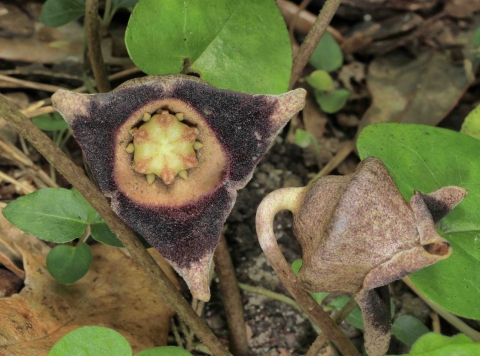 Discovery is the ninth in Dr. Brian Keener's career

Aided by the connectivity of social media, Keener, a professor of biology at the University of West Alabama, has teamed with a south Alabama colleague to discover a new species of Hexastylis, a perennial evergreen that features a variety of bloom shapes and colors often obscured by mottled leaves.

“If you don’t pull back the leaves,” Keener said, “sometimes you’ll never see them.”

Keener and Gena Todia, owner of Wetland Resources Environmental Consulting in Fairhope, Alabama, described and named the new species Hexastylis rollinsiae. The Journal of the Botanical Research Institute of Texas published its paper on the discovery in earlier this month.

The Hexastylis rollinsiae discovery is Keener’s ninth new species to science. How it occurred is an example of the power of social media and the occasional serendipitous moments that happen in science.

“Had Gena not made collections and moved them to her garden, these things could very well be extinct in the wild and we would have never known it existed. I have high hopes that it’s going to turn up again.”

As an environmental consultant, Todia often surveys soon-to-be-developed tracts for wetlands and endangered species. It’s not unusual that she’ll dig up interesting plants and place them in her home garden, she said.

In 2019, a series of posts in a Facebook group -- “Flora of the Southeastern United States” -- included photographs of different Hexastylis plants. Todia went to her garden, took photos of unidentified Hexastylis plants she had harvested years earlier while on a job site, and posted them to the Facebook group.

“It’s a good place to go if you have a mystery plant and just can’t figure it out,” she said. “Some of the folks got pretty excited.” Keener quickly contacted Todia, telling her, “I’m pretty sure this is an undescribed species.” 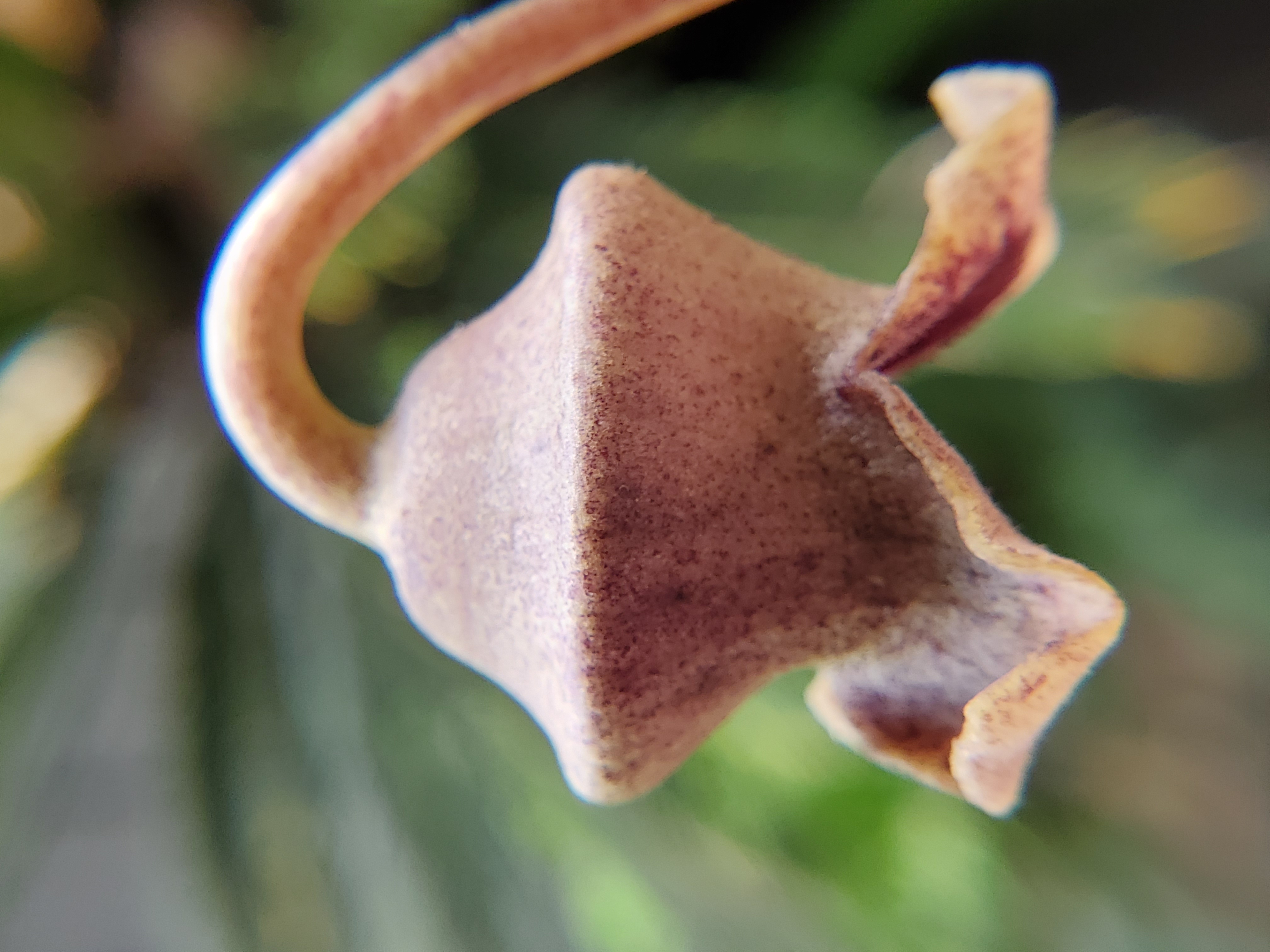 The distinctive shape of the Hexastylis rollinsiae. (Credit: Brian Keener)

One question led to several others. Not only were Keener and Todia unaware of what specific Hexastylis plants were in her garden, they didn’t definitively know where they originated. Her personal journal didn’t offer a concrete answer.

In her best recollection, Todia said, she harvested the plants in 2011 from a site in Enterprise, Alabama, that today is a grocery store and shopping center. Though the biologists have returned there several times, they haven’t found additional Hexastylis rollinsiae in the wild and don’t know if there are other counties in south Alabama that would be prime growing areas for that species.

“These things are disseminated by ants, close to the ground, so there’s not really an opportunity for them to do long-distance dispersal,” Keener said. “If it indeed is from that area, and if it is found again, it’s not going to be found too far from there. It could have been in several sites down that way, it could have been in a few sites, there’s just so much we don’t know.”

One part of the naming process is selecting a name for the new species that follows distinct rules governed by the International Code of Nomenclature for algae, fungi, and plants. Hexastylis rollinsiae honors Todia’s maternal grandmother, Gertrude Madeline Gaylord Rollins, who inspired Todia’s interest in plants.

That they were able to identify this new species through curiosity and a few social media posts makes the discovery all the more unusual, Keener said.

“Had Gena not made collections and moved them to her garden, these things could very well be extinct in the wild and we would have never known it existed,” he said. “I have high hopes that it’s going to turn up again.”